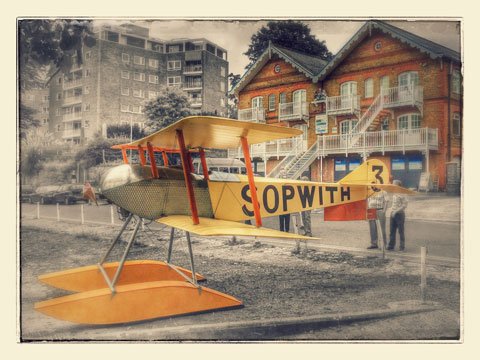 2014 commemorates the one hundred year anniversary of a landmark occasion in our nation’s rich aerospace history. One century ago, Howard Pixton was the first British pilot to win an international air race while flying a UK designed and manufactured aeroplane. 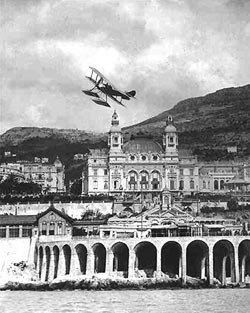 The aircraft was a Sopwith Tabloid and the race was the Schneider Trophy in Monaco.

Not only did Pixton bring home the cup, he won the race by a mile, causing quite the sensation in the UK and on the continent alike.

But while the Tabloid achieved international fame on foreign soil, her history began right here in front of the Albany Boathouse way back in 1914.

This photo, taken in 1916, showcases a handful of the 100 employees that worked for the Sopwith Aircraft Company at the time. They stand proudly next to their Tabloid prototype that will soon take flight in its test run. 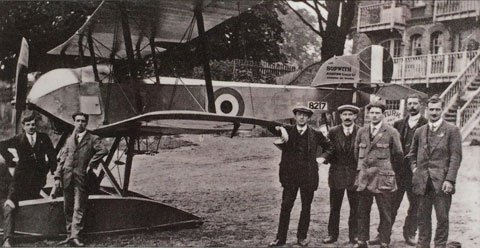 In the background we see the historical Turk’s Boat Builders building, known in the present day as the Albany Boathouse and the offices of Creed-Miles.

Today a love of all things airborne continues through the Kingston Aviation Centenary Project. The group, comprised of former BAE Kingston employees and aviation enthusiasts, organises a multitude of events and activities each year aimed at putting our London borough’s important aviation achievements on the map.

In September, Kingston Aviation asked Creed-Miles & Company to assist them in hosting Sopwith Day and of course we were happy to oblige.

Prior to being transported to Monaco to compete for the Schneider Trophy, the original Tabloid floatplane lifted off from her pontoons a century ago right here on the River Thames. It was this historic milestone that was celebrated and commemorated on Sopwith Day.

The event was three-fold: Kingston Aviation showcased their immaculately crafted Sopwith Tabloid replica, Tommy Sopwith (son of British aviation pioneer Sir Thomas Sopwith) gave a rousing and entertaining speech to the crowd and the site was marked with a historical marker and plaque.

We had such a great time that we put this video together to remember the day:

Looking Inside a Piece of History

The replica was designed in such a way that visitors to the event could look inside the fuselage cavity to see the inner workings of the plane that helped propel Britain past her allies in the quest to manufacture the world’s best and fastest aeroplanes. 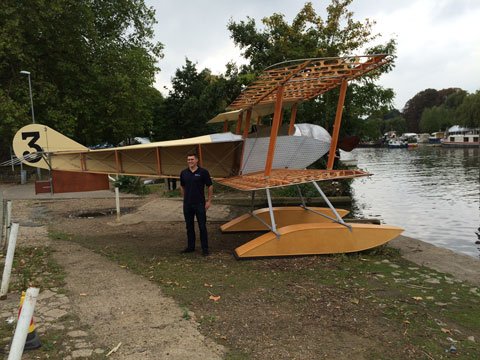 If you missed the event, the replica is on display at the Brooklands Museum in Weybridge, Surrey.

A Token of our Appreciation

Tommy Sopwith told the crowd that his father would have been chuffed at all the effort and fan-fare that went into celebrating his extraordinary biplane that went on to fly in service with both the Royal Flying Corps and the Royal Naval Air Service.

Following his speech, Creed-Miles presented Tommy with a limited edition print of our boathouse. It was just a small way to give something back to a family that did so much to put Britain at the forefront of aviation. 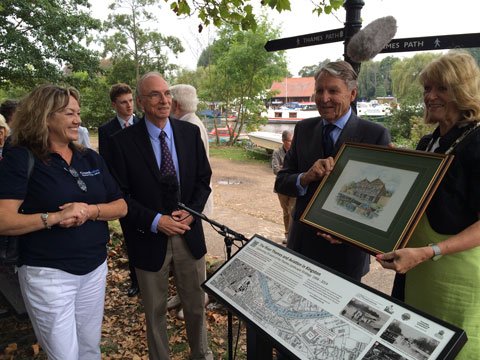